Several countries in the Mid-East have in the recent past fallen apart and Yemen a very poor Arab country is currently joining the list of these failing countries in the Arab world. The takeover of Yemen’s capital Sana’a by Houthi rebels (these are militants from the Zaydi branch of Shia Islam) led Saudi Arabia to start bombing the rebel’s positions in Yemen. The rebels had already succeeded in taking over huge parts of the country and were on their march to take over Aden which is a strategically placed port in the south of the country. President Abd Rabbo Mansour Hadi has also taken refuge in Aden. Some other groups have also joined the war making it to be even bloodier. The conflict has fighters who are fighting a proxy war, sectarian violence, and those simply fighting terrorism. 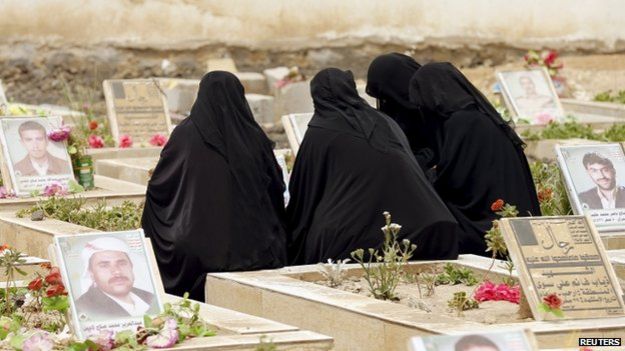 Just recently Yemen albeit unstable appeared to have escaped the effects of the Arab Spring. Later the country’s long serving Dictator President Ali Abdullah Saleh was forced out of office amid bloody protests that rocked the country in 2011. The regional Gulf States worked out a transitional plan in the country that put MR Hadi as the President to succeed MR Saleh. Unfortunately MR Hadi’s leadership has also been met with civil strife stemming from religious differences and also local concerns such as involvement of government in corruption and division of land amongst the local populations. The conflict’s real picture came out in the open in 2013 when Houthis marched from the north all the way to Sana’a and captured the city putting the president under house arrest. This development put Houthis firmly in control of much of the country. President Hadi found a way and fled south to Aden in February.

There are two main factions in this war and these are the Houthis and forces that are loyal to MR Hadi. Houthis have long been seeking to have some influence in the country’s state of affairs. They have ever since fought former president Saleh’s forces in the entire 2000s. The Houthis coalition is collaboration of northern tribesmen who ironically remain loyal to former president MR Saleh. Another interesting thing about the war is that besides the fact that the rebels are from the Zaydi branch of Islam they are being backed by Iran because Iran is vying for ‘regional power’ hegemony in the region. The deposed president on one hand is backed by a small number of government soldiers and some southern Sunni tribesmen who have always wanted complete secession from the north. These tribes have constantly involved themselves in fights with each other and also the local branch of al-Qaeda that exist in the south of the country. They are now however faced with a common enemy from the north in the name of the Houthis something that made them to unite against the common enemy. Saudi Arabia and other Sunni powers in the region are backing the alliance of MR Hadi due to their perceived belief that Iran is meddling in the affairs of Yemen. The coalition of ten nations that is led by Saudi Arabia is indeed proving a tough nut for the Houthis to crack and in a way a Sunni deterrence against Iran’s extended influence in the region covering Baghdad, Damascus, Beirut and now Sana’a.